There has been a sustained outbreak of hepatitis A virus in England and Northern Ireland, predominantly affecting men who have sex with men (MSM). Between July 2016 and January 2017, there have been 51 cases, 42 of which were in MSM.

Investigations found that the outbreak was imported from Spain, with secondary sexual transmission within the MSM population in the UK. The two main regions affected are London (20 cases) and the East Midlands (12 cases).

The national response from Public Health England and local bodies, according to Beebeejaun et al (2017) has been to:

Professionals who work with clients likely to be exposed to the virus should encourage individuals to practice good personal hygiene, including washing hands after sex and changing condoms between any kind of sex to reduce the risk of transmission.

Particularly during outbreaks, clinicians should also offer hepatitis A vaccination to MSM who have multiple partners, and MSM in areas where the outbreak is concentrated.

HIV Prevention England will be providing information leaflets and posters on hepatitis A to support prevention efforts. These will be available to order soon.

Learn more about the outbreak and hepatitis A

For more information on the outbreak and hepatitis A, see:
Beebeejaun et al (2017) Outbreak of hepatitis A associated with MSM, England, July 2016 to January 2017.
PHE (2013) Hepatitis A. Green Book Chapter 13.
NICE (2014). Scenario: Prevention of infection with hepatitis A.

The promotion of the national HIV home sampling service between 7 November 2016 and 8 January 2017 resulted in over 20,000 kits ordered, a substantially larger number compared to the same period in the previous year.

Since 2015, Public Health England (PHE) and Local Authorities have provided a national HIV home-sampling service for the most at-risk populations for HIV acquisition. For most parts of the year, the free test kits are available only in areas of England where local authorities choose to fund the service. However, during periods of national promotion, PHE fund the service across the whole of England.

The most notable period of national promotion is around National HIV Testing Week (NHTW), which occurs in November each year. HIV Prevention England (HPE) promote the home-sampling kits in the lead-up to, during, and after NHTW, encouraging people to order a kit online, take their own sample and return it by post to a laboratory for testing and results management. The test is highly accurate four weeks after infection, and almost 100 per cent accurate after eight weeks.

These kits differ from HIV self-testing kits, which do not need to be analysed in a lab: individuals get an immediate result that they can read themselves. The self-test is most accurate 12 weeks or more after infection.

Test results are managed by a community-based organisation partner who provides further support and guidance on next steps. Tests give ‘reactive’ or ‘non-reactive’ results. Reactive results are further classified into ‘high’ and ‘low’ reactives, based on a particular cut-off index. While high reactives are more likely to have an HIV infection confirmed, all reactive results are immediately referred to appropriate services for further testing and clinical confirmation.

The previous year, 1.1 per cent of analysed tests were reactive and of these, 0.7 per cent were high reactives. This information can be looked at alongside HIV positive test results in other testing settings, including specialist sexual health clinics and general practice settings:

* high reactive test results likely to be confirmed as positive

Currently, 85 local authorities have committed to implementing the national scheme. Considering the increasing demand for the service, the relatively high reactivity rate and the reasonable cost of the service, there is scope for broader action on making postal tests available and promoting them to communities and individuals who may be at a higher risk for HIV acquisition.

The full report for 2015-2016 on the national home-sampling scheme will be available from Public Health England in March 2017.

We are only a few days away from National HIV Testing Week which kicks off this Saturday, 19 November. We’ve put together some sample posts, tweets and images to help you with your social media to promote the week.

The sample posts and tweets link through to different tools on our It Starts With Me website.

When to test tool 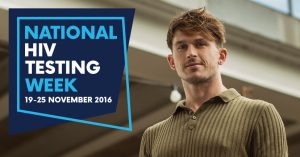 It’s National HIV Testing Week. Find out if you need to test https://goo.gl/NGk5ej

Thousands of people are getting tested for National HIV Testing Week. Find out if you need to test https://goo.gl/NGk5ej

Thousands of people are getting tested for HIV during #HIVTestWeek. Find out if you need to test https://goo.gl/HtgJvv

In the UK, thousands of people are living with HIV and don’t even know it. Find out if you need to test https://goo.gl/HtgJvv

Where to test tool

Thousands of people are getting tested for National HIV Testing Week. Find out where to test https://goo.gl/YIijI0

Make a difference today and join thousands of people getting tested for National HIV Testing Week. Find where to test https://goo.gl/BSTK1V #HIVTestWeek

Still trying to make a decision on how to get tested for HIV? Here is a quick tool to help decide on the type of HIV test that might suit you. https://goo.gl/EyM6Yv

Confused about how to get tested for HIV? Find out which test might be right for you https://goo.gl/HxsE4r #HIVTestWeek

Thousands of people are getting tested for HIV this week for National HIV Testing Week. Order a free HIV postal test today. https://goo.gl/sTqQcp

Make a difference today and join thousands of people getting tested for National HIV Testing Week #ImTesting. Find where to test https://goo.gl/707QgO

Are you getting tested for #HIVTestWeek? Order an HIV postal test today
https://goo.gl/yTYqYi

Here are some images you can download and use with your posts.

Download and print off our doubled-sided social media flashcard to personalise photos and posts during National HIV Testing Week. You can also share it with anyone else who’d like to use it over the week.

Today is the launch of the refreshed It Starts With Me campaign. The campaign champions strong individuals who are playing their part in stopping HIV: whether someone is HIV positive, negative or making the decision to test for the first time. They are doing something and have embraced the ‘It Starts With Me’ spirit.

Meet two of our campaign volunteers

Adam, 29, is excited to be part of the campaign and promote the message that there is no need to be afraid of HIV.

‘I’m not HIV positive but I know people who are living normally thanks to the treatment they take. I found out from them and my own research how much HIV has changed and that it’s treatable’ he said.

‘I think the main reason people shouldn’t be scared to get tested is because knowing you’ve got HIV is better than not knowing – at least that way you can get treated – and you are actually safer with someone who has HIV and is undetectable on treatment, than someone whose status you don’t know. I play my part in stopping the stigma around HIV by openly talking about it and regular check-ups. I’m proud that I know my status.' 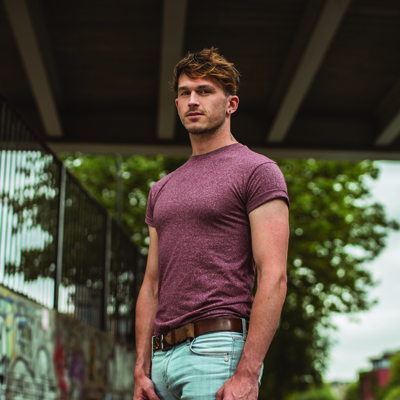 ‘I’m very passionate about HIV prevention because I feel a duty to my community to do it. We can stop HIV if we all make the small personal commitment to get tested regularly.

‘It’s simple - if people get tested and are positive; they get help, they get treatment. If they test and are negative, they seek to remain negative. That’s just about it.’

What does he do to help stop HIV? ‘I get tested regularly because I know the facts about HIV. I’m standing up and making a difference.’ 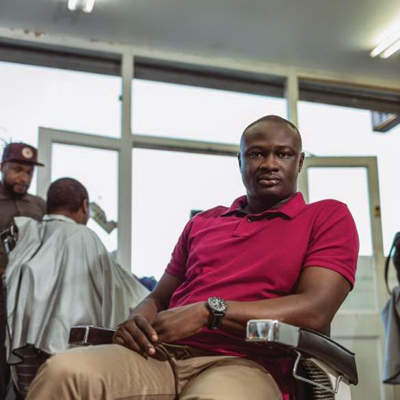 How can I get involved?

All organisations engaged in HIV prevention can order free It Starts With Me resources to support their work, including outreach and community events.

Some of the resources available to order include wallet leaflets, posters, booklets, stickers and display stands. Resources may be ordered free of charge.

We’re pleased to be able to announce that the new look It Starts With Me campaign will launch on 20 September 2016.

Since 2013, the national campaign has used social marketing, local engagement and policy work to increase HIV prevention knowledge and behaviours – including testing and condom use – in the nation’s most at-risk groups. The recent evaluation by TNS-Global revealed that while successful, there are more opportunities for the campaign to have greater impact. We hope to incorporate the evaluation feedback into the refreshed campaign.

The campaign aims to provide clear, consistent messages and activities across the country. These will seek to encourage individual responsibility, increase HIV testing and preventative behaviours and improve HIV knowledge.

The key elements of the campaign include video, advertising and provision of HIV prevention resources. Video, digital and print media will effectively promote messages of accessibility and acceptability of testing.

Find out more from our briefing document [PDF]

Prevalence of mutations associated with resistance to macrolides and fluoroquinolones in Mycoplasma genitalium: a systematic review and meta-analysis https://www.thelancet.com/journals/laninf/article/PIIS1473-3099(20)30154-7/fulltext#.XwREtnFlKUw.twitter

Keep up-to-date with all the news from #AIDS2020Virtual this week from @aidsmap https://www.aidsmap.com/conference/aids-2020-virtual